France is one of the most sought-after study-abroad destinations, inviting an abundant number of students every year from all over the world. Studying in France for Indian students leads them towards good career opportunities internationally, after graduation. France is better known for its high level of technological development, culture and reputation in the education system, which attracts numbers of young aspirants every academic year. The French government very often provides students as well as international students with some financial help for accommodation up to about one third for successful students. For students lacking proficiency in French, it is usually taught as a subject in their curriculum during their study in France. France is perhaps one of the most traditionally rich countries in Europe with a rich flavour of art and tradition. In the Information Technology sector, France ranks second in Europe and fourth in the world. France is in the forefront of technological progress in several fields.

The French educational system is highly centralized; organized and ramified. It is divided into 3 different stages:

In France, kids start school very early, school starts at the age of 3 (for almost 100%) and children spend 3 years in kindergarten. Schooling in France is compulsory until the age of 16.

In France, secondary education is offered in two stages, namely, BEPC (Based Essais de La Petite Ceinture) and Baccalaureate. BEPC is equivalent to the 10th Std. in India & encompasses secondary school education from 11 to 15 year of age.

Higher secondary education from 15 to 18 years of age ruminates in a Diploma known as the Baccalaureate which is essentially the same as the 12th std. in India. The Baccalaureate is also known as Lycees.

Education in France for Indian students can be attained through 90 public Universities spread throughout the country. They cover the entire range of academic disciplines from the Sciences, including Mathematics, Chemistry, Physics and Biology to Technology, covering Computer Science, Engineering, Material Science and Electrical Engineering through Literature, Language, Arts, Social Science, Law, Economics, Management, Health, Sports and more.

The Grande Ecoles are unique French institutions created in the early 19th century in parallel to the university system. They are extremely selective and offer education of a very high standard. There are over 300 Grande Ecoles in France covering different subject areas. The fee structure can sometimes be higher but students who decide to study in France through these institutions benefit from smaller class sizes, better support systems and excellent networks (alumni companies and international partners). These can be either Public or Private Institutions or part of both.

The world’s fifth-largest economy, France is also the fourth most popular destination for international students. France devotes almost 20% of its annual national budget to education and many of its elite school’s figure in international rankings.

As study in France consultants, below we provide the types of scholarships:

The French government funds approximately 22,000 students each year. Most of the aid is administered by the Ministry of Foreign Affairs.

The Ministry’s Programs Are of Two Types:

France has a very simple visa procedure. Study in France for Indian students requires them to submit their visa documents through an online application for Visa with Campus France.

An interview will be conducted by Campus France and the documents will be submitted to the consulate, upon which students receive their visa.

How many days prior should a student apply for the student visa?

As study consultants in France, we recommend that visa appointments at a French consulate must take place no more than 90 days before your departure to France.

As study consultants in France, we usually see that it takes at least five to seven business days for a visa to be granted – or longer, depending on the situation.

IELTS score of 6.0 bands is required for taking an admission in any of the French institutions. Most institutes are comfortable with the level of English and do not necessarily ask for a TOEFL or IELTS (some exceptions exist, especially if they cannot ascertain the level of linguistic competence of the student in a telephonic interview)

To study in France, a budget of around Euro 600 – Euro 1000 per month will cover accommodation, food, transport and other activities.

Study in France for Indian students who are under the age of 28 years and are enrolled in an educational institution for a program of at least 3 months in duration, are enrolled in the student segment of the National Health Insurance Plan and also those above 28 years have a similar process. An International student must join the social security system to take out an additional cover. In France, the annual cost of such policies runs from Euro 150 to Euro 550. On an average, social security covers about 70% of the expenses, related to an illness.

Students who decide to study abroad in France Student Hall of Residence or a Private Accommodation. There are Student Halls or Dormitories that are available as student services outside universities. Flat rental comprises the largest portion of one’s monthly expenditures depending on the location of the university rental prices vary.

Located on campus or in town, run by CROUS (Centre Régional des oeuvres universitairesetsociale) these rooms are well equipped with all the necessary facilities and the rent is between 250 to 400 Euros.

If you decide to study in Paris, you will find such accommodations, because they are found in most of the major cities in France and this concept has been increasing lately. Rent for the same is 800-1000 Euros in Paris and 500-800 euros in the other cities. It is less common for students to share a flat in France. Landlords will often ask a guarantor. 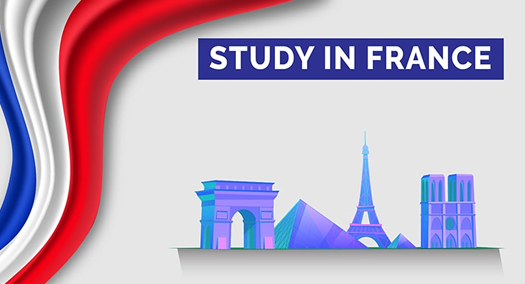